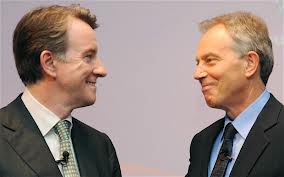 Stories over the last few days in The Mirror by respected investigative journalist Tom Pettifore, concerning allegations that a cabinet minister within Tony Blair’s first term abused young boys at Angell Road children’s home in Brixton, and that a police investigation which had identified him was dropped to protect this child sex offender, will rightly leave many members of the public concerned.

Several people should be questioned about what they knew about this. Both Alistair Campbell and Tony Blair are named in one of the articles, implying that they might have had some knowledge of what was going on.

Mr Driscoll’s investigation was scrapped soon after Ron Davies quit as Welsh ­Secretary when he was mugged by a male prostitute at a gay meeting spot on Clapham Common, South London, in October 1998.

A week later, Agriculture Minister Nick Brown was forced into revealing he was gay by the News…