The Macur Review Limps on and on

On 23rd October  2014 the Macur Review still refuses to say when the Report will be published or even submitted to Government or even give a general idea when this will be, nor the factors that are controlling this.

This reply was on 8th October

I wrote back the same day 8 October

It did not include any reason why there is such a delay so I wrote back the same day, 23 rd October 2014

I am not holding my breath.

Justice Macur had promised to be “quick and meticulous” in the reviews mission to discover if the accusations of abuse, including at Bryn Estyn in Wrexham, had previously been properly investigated. [29]

That promise is looking hollow now, two years since the Review was established and over 18 months after submissions from survivors. 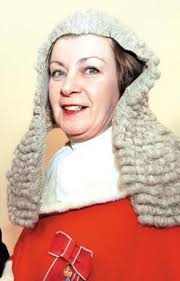 “I’ll find out the truth about this pedophile scandal.”  Dame Macur is quoted as saying. [29]

Well of course I still hope she does, but the level of transparency is almost zero. No statements are issued, no announcements on their webpage [27] since May 2013- over 17 months ago, emails go unanswered.

The Macur review is limping on and on with no end in sight. Nor are any reasons are given for the delay, no time is given for submission to government or any idea of a publication date, if any.

No thought appears to be given to survivors of the abuse, who have lived through cover up after cover up. No consideration or respect appears to be given to the brave survivors who gave evidence to the Review, many at great personal emotional cost of flashbacks and reliving the abuse. Hoping once again that that after all this time, after all the lies, after all the turmoil, that the truth would be told, something might be done and some sort of closure would come. Hoping that the authorities, the public servants would finally do their duty.

Having suffered to tell the truth and drag up the past, the survivors lives now on hold, maybe at any moment to enter into another roller coaster of emotion, flashbacks and terror, the Macur review does not even have the decency to give them an estimate of when the Report might be given to Government. Delay and say nothing appears to be the line they take. How heartless, how cruel, how despicable.

Perhaps once these people get an honour they become tame- the tame dame? 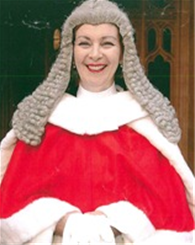 Perhaps the inquiry is limping on because the dame is lame – the lame dame? 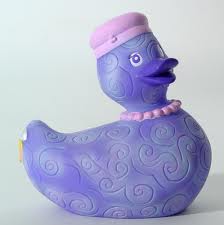 The Macur Reviews behaviour is not isolated. It is typical of this Government, and politicians of all parties who wish to hide the sexual abuse of children because many if not most are implicated in the cover up. They have turned a blind eye to their colleagues abuse.

It is now over 3 months since Theresa May, Home Secretary, announced the setting up of an Overarching Child Abuse Inquiry. They have not even chosen a panel yet, never mind got onto the all important Terms of Reference, by which Governments normally fix inquiries.

The first chair resigned due to her connections with people who may have covered up abuse, the second chair, Fiona Woolf CBE,  is friends with one of Britains most notorious paedophiles. This shows either total incompetence on the part of Theresa May or deliberate disdain for the public and especially survivors.

It appears to be a pattern. Reviews are used to delay and obfuscate. May and Macur – a double act of delay and dissembling.

For a long time paedophiles have run British Government and now they are circling the wagons. Even psychopaths know when they are getting into difficulty.

The Macur Review was established on 8 November 2012 [1]. It is chaired by Dame Julia Wendy Macur [4]. An issues paper [9] was published on January 8 2013 inviting submissions from people with an interest in the issues it outlined. Two submissions were Andrea Davison [6] [13] and BrynAlynVictims [5] .

The history of the failure to properly investigate and prosecute child sexual abuse in institutions in North Wales and surrounds can probably best be viewed on these sites Wikipedia [17]  Paedos Exposed [18] Bryn Alyn Victims Blogspot [14] Needleblog [15] Spotlight on Abuse [16] and Rebecca TV [23]. There are also other links in the links section.

2013 Jun 18 Wrexham. 2 public meetings and private meetings with anyone who requested [1]

2014 May 18 Further Cathy Fox email to Macur Review. No answer

2014 Oct 23 Macur Team reply ” as previously advised we are unable to give an indication of when we will submit our report to Government.”

Please note that victims of abuse may be triggered by reading this information. The Sanctuary for the Abused [A] has advice on how to prevent triggers.  National Association for People Abused in Childhood [B] has a freephone helpline and has links to local support groups. Other useful sites are One in Four [C] and Havoca [D]. Useful post on triggers [E] from SurvivorsJustice [F] blog.

This is all written in good faith but if there is anything that needs to be corrected please email cathyfox@bigfoot.com.

6 Responses to The Macur Review Limps on and on