Lewisham Council have released some documents, of which I include one here – the Chief Executives Report from 1985.

1. The dossier “After Leeways, Challenges, Changes and Achievements” published by the London Borough of Lewisham on March 19th 1987
2. The minutes of the Social Services Committee 23rd July 1985
3. Review of Childrens Residential Services believed to be July 1984
4. Chief Executives Inquiry Report, subsequent to Leeways believed to be February 1986
5. Minutes of the Report to Council on 5 March 1986 (This should contain discussion of Chief Execs Inquiry Report)
6. Report of the Elizabeth Lawsons Independent Panel 1 year on from Leeways Report

They have only provided about half the documents requested, which I will highlight in future posts but you can check the others for now by wading through the FOI [2a]

13 months after the request went in, they have however finally released the Chief Executives Document

They had at first wrongfully refused it as being “confidential”. However this is not a lawful exemption under the FOI Act. They haved delayed for a total of 13 months now since the original request. For the last 8 weeks, incredibly, Lewisham Council and Kath Nicholson, supposed Monitoring Officer, have been refusing to send it to the public WDTK website, but have now caved in.

It is heavily (over) redacted as you an see from this overview snip. [lawyers justifying their absurd wages and sense of superiority]. Unlawfully again they have not stated the section of the FOI Act of the exemption they are using for that redaction, but just stated that “redactions to exclude 3rd party/personal information to comply with the Data Protection Act.” 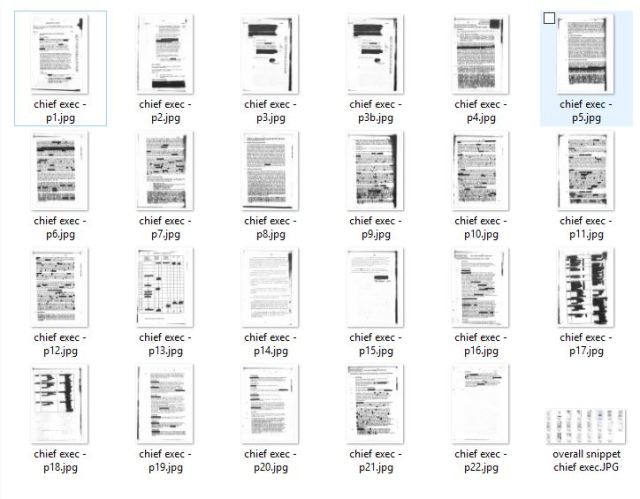 However the Report is important. The Chief Executive carried out his own inquiry into the circumstances surrounding two people who left the Council. If they had not left, they would have faced disciplinary action in the matters surrounding Ronald Cooper who abused children at Leeways Childrens Home.

“The Chief Executive’s Inquiry appears to have been to investigate the actions of Lewisham council staff senior to Ronald Cooper as well as specific persons not in the employment of the Council. Cooper was the child abuser in charge of the Leeways Home and who was arrested and charged due to Operation Circus, the police operation into male prostitution at Piccadilly Circus. [For more information see Paedophilia around Piccadilly Part 5 1980s and Operation Circus [2]]

The Chief Executive’s Inquiry found that two men, the former Assistant Social Services Director and the former Principal Officer who would have been recommended for disciplinary action. However as they had left the Council this action could not be taken!

This of course leads to asking what they knew and should have known about Ronald Coopers child abusing activities and what they were to be disciplined for.”

I have several documents to post on Lewisham, which I will do over the next few days, then make a timeline of the documents and hopefully people will crowdsource information, with what they know. I will attempt a summary and analysis, after I had read and digested all the documents and information.

The part of the FOI with the response is here [2a]

The pdfs have been put into one and made searchable by Daedulus of Operation Greenlight, thanks to him, who has also made the jpgs below so despite the obstruction by Lewisham Council they can now be viewed as easily and widely as possible. 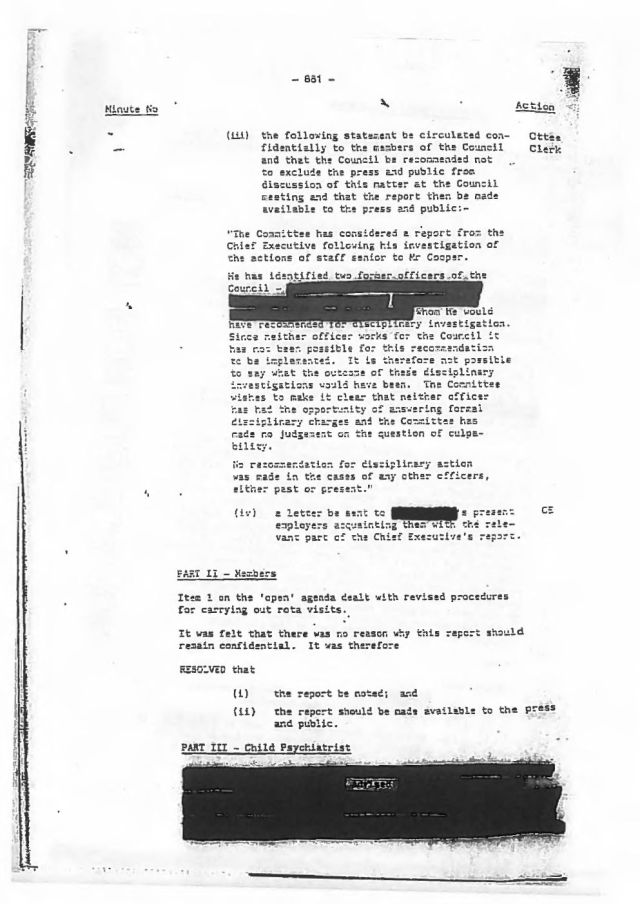 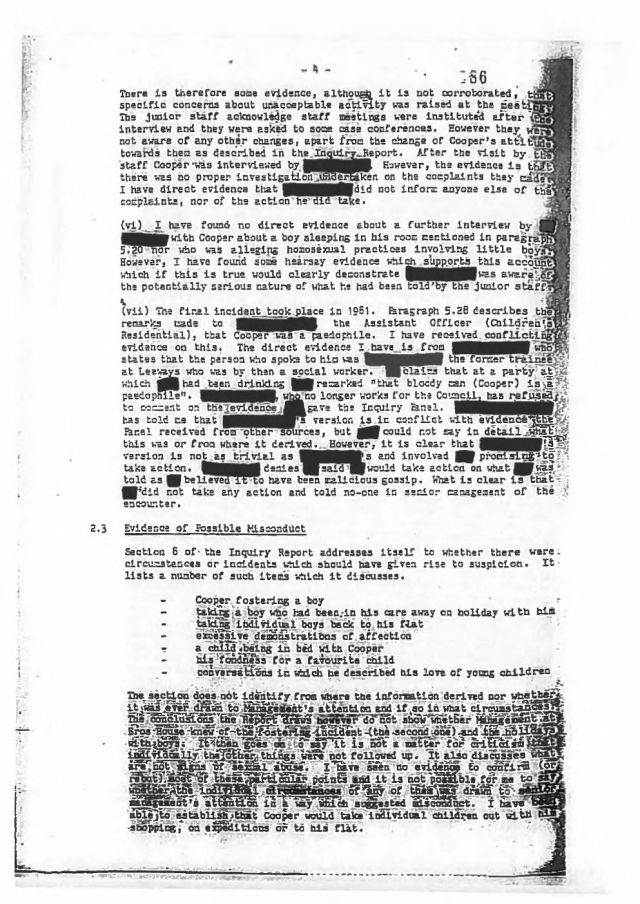 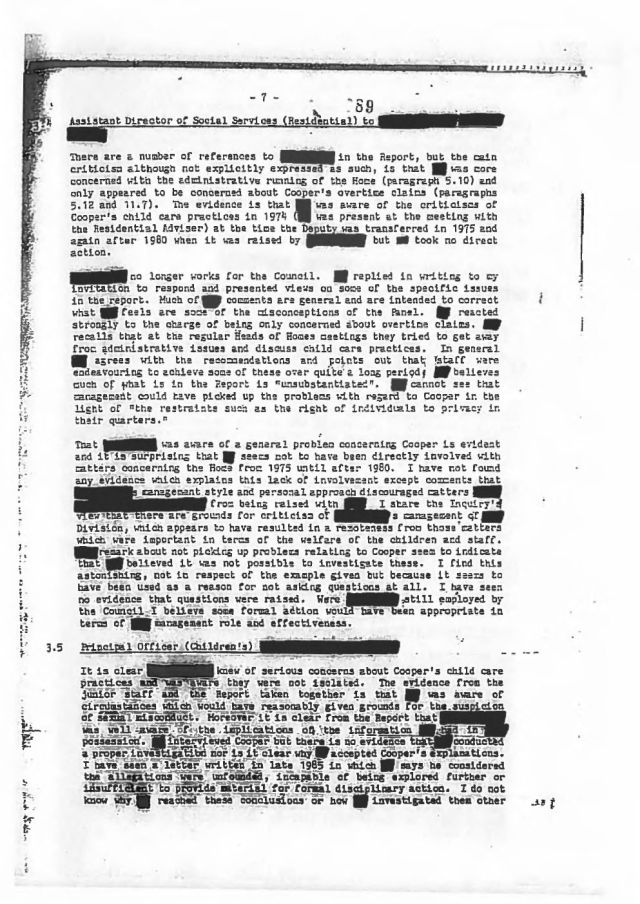 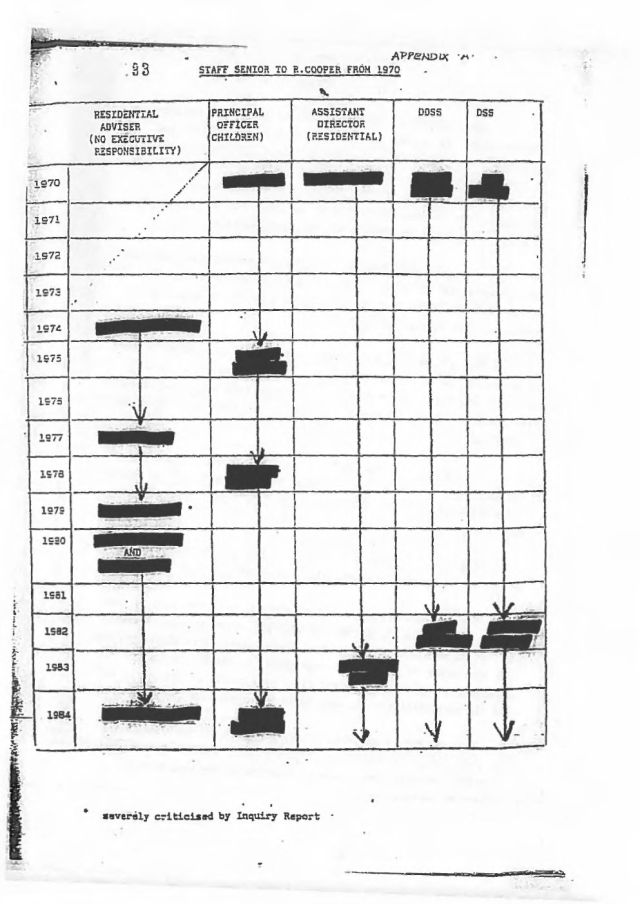 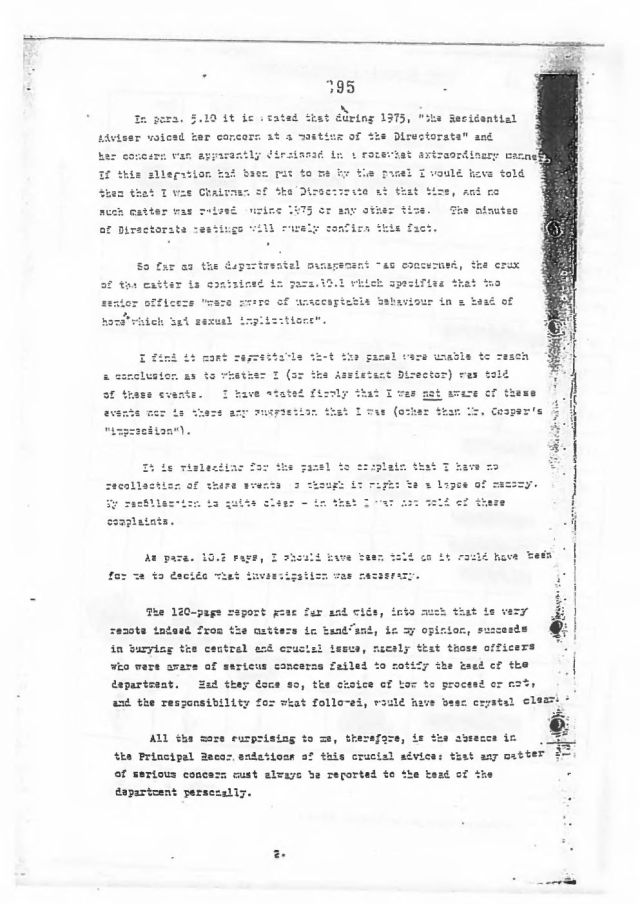 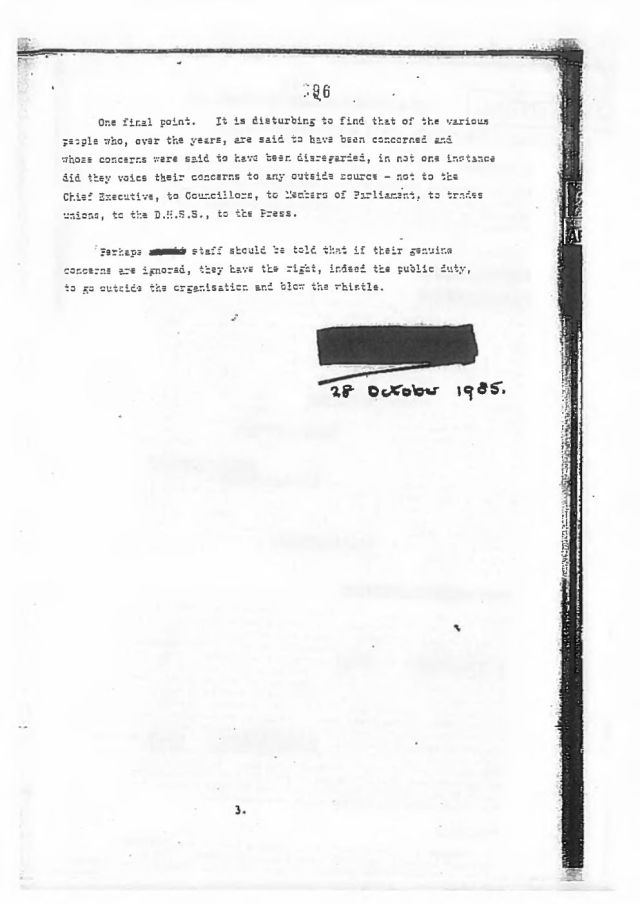 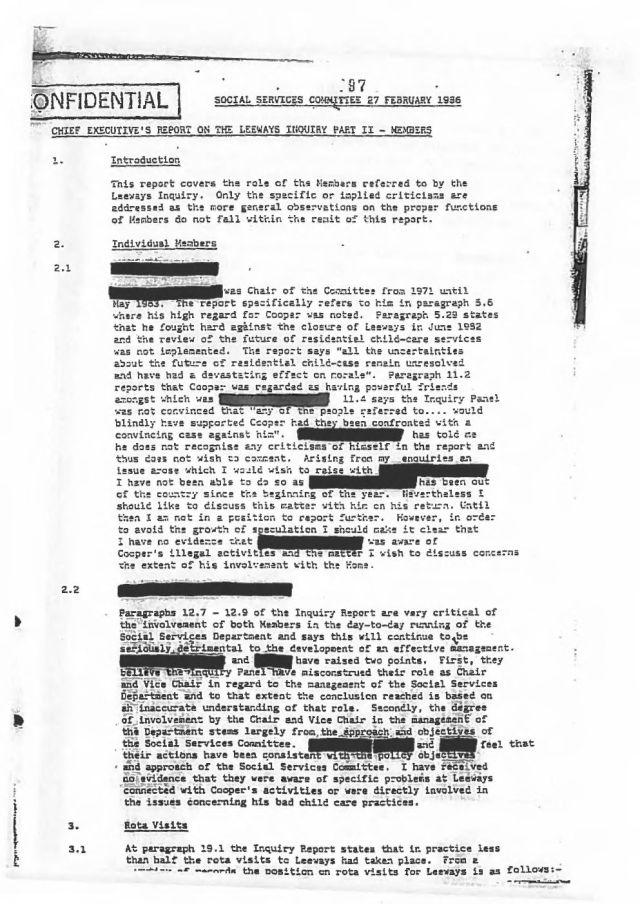 For other posts on Lewisham on this blog see [4]

Apologies this is a bit scrappy, however I wanted to get this Chief Executives Report published by a deadline for those that need to see it.

Please could you send me a copy of
1. The dossier “After Leeways, Challenges, Changes and Achievements” published by the London Borough of Lewisham on March 19th 1987
2. The minutes of the Social Services Committee 23rd July 1985
3. Review of Childrens Residential Services believed to be July 1984
4. Chief Executives Inquiry Report, subsequent to Leeways believed to be February 1986
5. Minutes of the Report to Council on 5 March 1986 (This should contain discussion of Chief Execs Inquiry Report)
6. Report of the Elizabeth Lawsons Independent Panel 1 year on from Leeways Report

This is all written in good faith but if there is anything that needs to be corrected or you wish to write to me please email le3jul2017@cathyfox.33mail.com quoting the article title