Vaccinations. Are They Child Abuse?

Doctors learn very little about vaccinations. They are told they are safe and and effective and they learn the schedule…

My Doctor lied to me.

When I asked him if he had watched Vaxxed 1, he said “Yes”

I asked what he thought. He said “It was antivaccination.”

He obviously did not watch the video, as Vaxxed made pains to make clear throughout the film, that they were pro safe vaccinations. He lied.

My learning curve now included the fact that a Doctor was willing to lie to his patient… quite blatantly.

I could no longer trust my doctor…

People trust Doctors, because they assume that the system has ensured that they know about the products they are recommending, especially when they are supposed to improve the patients health.

Doctors are given a special trust as they are dealing with the health, and life or death of people.

Far harder for them to take on board is the fact that they are the ones that are being conned, by medicine, by science, by the illuminati. However Doctors are one of the ones made comfortable by the system they live in and that is why they are paid handsomely.

So that they keep on doing what they are doing, and do not question the system that see them treated well …

Two science degrees, but I chose not to tell the arrogant, condescending, ignorant doctor, content living a lie as part of the system from which he benefits handsomely.

I know how academia works, I know the scientific method, I know about research.

I also know that many child sexual abuse reports, paid for with public money were with academics and academic institutions (as well as Police, and city and county councils) and most of these were not available to the public. Academia sat on them, like the other authorities. Does this make them culpable for ongoing abuse?

Academic research is largely dependent on money from funders, they are largely part of the problem. I have released many child abuse reports to the public via FOI requests, but many more are still to be released.

It took over 10 years of trying, by a brave and persistent activist, for the source data to be released from just about the only CFS trials, at St Mary’s Hospital, and this proved what most CFS sufferers knew from experience of the illness, that the data was fraudulent. Amongst other things, they changed the criteria for recovery, mid experiment and so you could could be classified as recovered, being worse than when you started the experiment.

However still the legacy goes on and there is no real research on CFS and the medical establishment relies on this fraudulent research for their quack treatments which harm suffering patients. See Steve Lubet How a study about Chronic Fatigue Syndrome was doctored, adding to pain and stigma [23]

Note the title – ” How a study ….was doctored…..”. Anyway back to the Rockefeller Medicine puppet, the “doctor” – he was of course worse than useless for my chronic fatigue syndrome.

I dumped him, needless to say…

Here is a trailer for Vaxxed 2.

The full programme on Bitchute a much better alternative than CIA / Google /You Tube does not embed on this post, but the link is below…

I tweeted my conclusion after watching Vaxxed 2

My Conclusion – Vaccinations are being using by the Illuminati as biological weapons, which kill and injure our children. They make money out of the vaccines and all the treatments of disease people then get…#BigPharma #Vaxxed2 https://t.co/oTBsLimn8y #Illuminati #Bioweapon

It is even more relevant in these times when the illuminati is doing its utmost to introduce their New World Order. See The Five Child trafficking Networks of the Illuminati [12]

The NWO solution to the “coronavirus” is the introduction not only of digital certificates to say you have been tested but the supposed cure-all of a untested vaccination against coronavirus, without which you may not be able to travel or function in society. Furthermore there is talk of a chip inserted with the virus.

One might ask why computer geek, Bill Gates who openly espouses eugenics and depopulation, is appearing all over the media in an attempt to get us to vaccinate. Saving lives does not reduce the population, so why is he interested?

Does vaccination really save lives? Gates appears to give the game away here…

[17] Bill Gates wants a Billion Dead! Vaccines and Health Care will do the Job!

So Bill slipped up, forgot he was talking to the people he wishes to depopulate. Bill Gates is just a puppet of the Illuminati, and Big Pharma is also totally controlled by the bloodline illuminati families, as is the mockingbird media… See the structure of the illuminati here… The Five Child trafficking Networks of the Illuminati [12]

Why is there no fuss about the exponential increase in autism? Trials show why. The rates of autism are much higher under the CDC approved schedule.

In 1999 the CDC, NIH, FDA all knew that children who received the HepB #vaccines at day 1 of live had an increased risk of 1135% to get #autism over children who waited 60 days. Watch the deception unfold… pic.twitter.com/Na8Q727lJy

We have all heard by now of tobacco science, when the corporations selling tobacco, know of the harmful effects and hid them from the public. Well it’s not a one off.

Dr. Marcia Angell, a physician and longtime Editor-in-Chief of the New England Medical Journal (NEMJ), also considered one of the most prestigious peer-reviewed medical journals in the world, alongside The Lancet, has said that “it is simply no longer possible to believe much of the clinical research that is published, or to rely on the judgment of trusted physicians or authoritative medical guidelines. I take no pleasure in this conclusion, which I reached slowly and reluctantly over my two decades as an editor of The New England Journal of Medicine.” [8]

Furthermore Dr. Richard Horton, the current Editor-in-Chief of The Lancet, who says, “The case against science is straightforward: much of the scientific literature, perhaps half, may simply be untrue.” [8]

“The medical profession is being bought by the pharmaceutical industry, not only in terms of the practice of medicine, but also in terms of teaching and research. The academic institutions of this country are allowing themselves to be the paid agents of the pharmaceutical industry. I think it’s disgraceful.” – Arnold Seymour Relman (1923-2014), Harvard professor of medicine and former Editor-in-Chief of The New England Medical Journal  [8]

I include a few links for further research on vaccines, science and peer review…

On top of this viruses can actually be transmitted by vaccines, as they are contaminated with them, as the reseacher, Judy Mikovits found who was later jailed to keep her quiet  [24]

It appears that current science is a fraud, bought and paid for by the various branches of the Illuminati…

The more you learn, the more you realise that you have been lied to about nearly everything for most of your lives. You may suffer a range of emotions as the rug is pulled out from what you have previously believed to be true, what you invested your life in believing.

You may get angry, you may blame yourself for bad decisions. However we all made the best decisions we could at the time we made them. There is no point beating yourself up. The real decision is what you do from now on. Research, learn, spread the information and act…

The real enemy and agenda is that of the Illuminati and the NWO.

Many cures and knowledge have been hidden from us, as it does not fit the Illuminati agenda.

Few people have heard of Royal Rife, whose lab was destroyed after finding that resonance cured most diseases…

We are told that the heart is a muscle, however it has many neurons and the electromagnetic field of the heart goes out a matter of feet, far greater than the brain and it is one of the methods we communicate with each other… 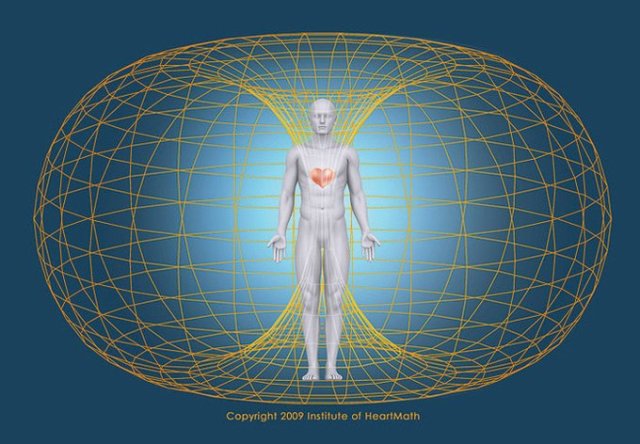 Doctors, nurses, medical staff, do not trust what you have been taught, research…

#STUDY: A positive correlation between the number of #vaccines administered & the percentage of hospitalizations & deathshttps://t.co/t2PDxqftnS

The mortality rate of kids who got 5-8 vaccine doses is 1.5X greater than that of those who receive 1-4 vaccine doses.#LearnTheRisk pic.twitter.com/lp6a96RFXT

HOW ROCKEFELLER WIPED OUT NATURAL CURES TO CREATE BIG PHARMA [27]

These sites may be useful for people wishing to deprogram…

I will not commit suicide and if it appears I have, then people may judge for themselves why this is so, after blogging these exposes of the top level of illuminati. I do not wish to live in the kind of world that the psychopathic illuminati want to bring in, which is a world wholly and absolutely controlled by them, which is why I wish to expose them. This carries some risk but if I am killed or go silent, my wish is for more people to tell the truth, they cannot kill us all…

[11] 2020 April 27 Corey Digs Investigations & The Battle for A Vaccine: Where is This Headed? https://www.coreysdigs.com/health-science/investigations-the-battle-for-a-vaccine-where-is-this-headed/

[15] 2015 Aug 11 Intercept THE TEFLON TOXIN DuPont and the Chemistry of Deception https://theintercept.com/2015/08/11/dupont-chemistry-deception/

[17] Bill Gates wants a Billion Dead! Vaccines and Health Care will do the Job! https://www.youtube.com/watch?v=WUJMR3BUm2s

[23] 2017 Mar 17 Steve Lubet Intellectual Takeout How a study about Chronic Fatigue Syndrome was doctored, adding to pain and stigma https://www.intellectualtakeout.org/blog/how-study-about-chronic-fatigue-syndrome-was-doctored-adding-pain-and-stigma/

[S] PsychCentral The 5 Stages of Loss and Grief  https://psychcentral.com/lib/the-5-stages-of-loss-and-grief/

I will gradually build up this list of sources that I read or listen for more general news. Naturally, as with all sources, use with discernment, question everything, do your own research and come to your own conclusions. The time is over for propanganda on a plate served to you…

This is all written in good faith but if there is anything that needs to be corrected or you wish to write to me please email cathyfox@zoho.com quoting the article title.

8 Responses to Vaccinations. Are They Child Abuse?