In my post about Peter Mckelvie and his defamation by the Daily Mail, Heroes for Exposing Child Sexual Abuse – Part 1 – Peter McKelvie [2]  I relied on some information from Michael Hames book The Dirty Squad  [1]  which details his time at the Obscene Publications Squad.

I have been provided with the relevant Chapter [HT LD] . This Chapter posted here includes various matters including 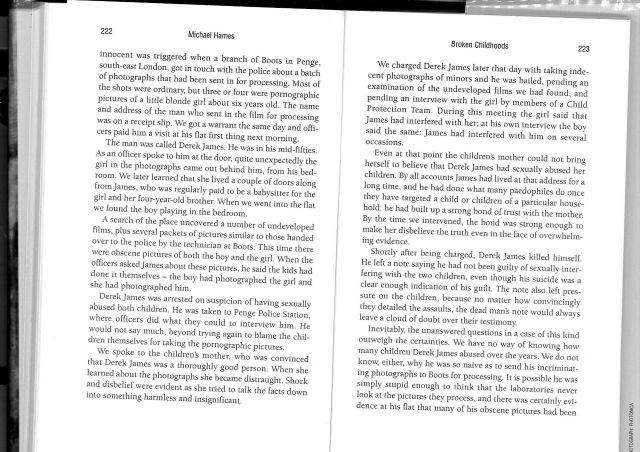 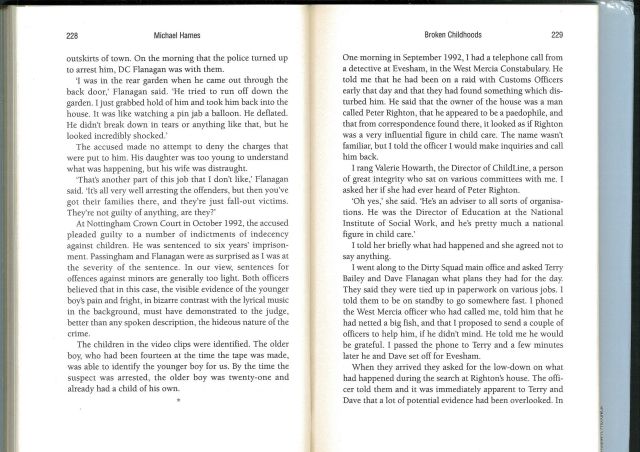 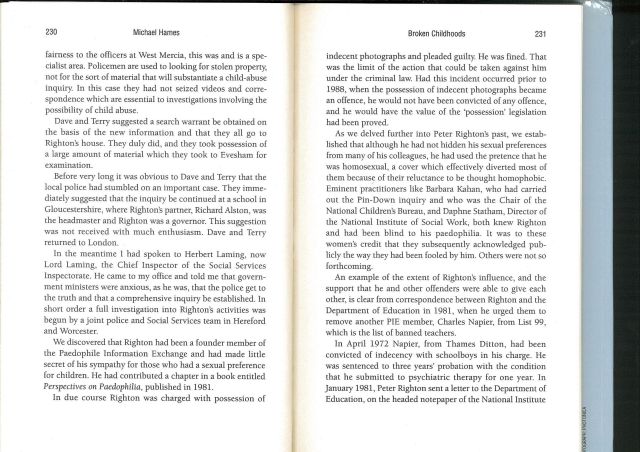 Was the investigation carried out properly when Hames was Head of the unit? Even he says he was disappointed with the outcome.

As a comment below points out, questions must also be asked about Hames being a freemason.

This is all written in good faith but if there is anything that needs to be corrected or you wish to write to me please email hamesmar2017@cathyfox.33mail.com quoting the article title

Every time we act in the face of fear, we dilute it’s power and increase our confidence

6 Responses to Michael Hames The Dirty Squad re Peter Righton