My Story Fiona Barnett – “Hang on for the Ride”

This all written and drawn by Fiona Barnett, who lives in Australia, fears for her life and wishes her story spread widely. She names some prominent people. First she gives her explanation as to why she has posted the information and this is followed by her story “Hang on for the Ride” in words and pictures. Her facebook is on this link [1] . Trigger Warning.  The drawings and some more are also available on her blog Pedophiles Down Under Abuse Drawings [4]. Also check an interview on the Opperman Report [7] and blogspot [8]

My statement concerning my 13 ‘Hang on for the Ride’ posts:

My reasons for posting this information is as follows:

1. With the exception of the 2 detectives who took my statements in Sydney on 2-3 November 2015 – the NSW Police force have refused to protect me from my neighbour who moved next door form Wollongong 10 years ago. Ever since then, he has assaulted my family, poisoned my dog, constantly harassed and intimidated and threatened my family including 2 children. Further, police have targeted me for harassment during the past 10 years since I advocated for the many children abused by the Tweed Shire pedo ring.

3. Many victims of the same VIP pedophile network that I described to police have contacted me in the past month. Not one of the stronger capable group of these people have publicly supported me by joining me and speaking out. Consequently, the pedophile network have severely targeted me. I believe my life is at risk because the police and Royal Commission have failed to support me with witness protection.

4. I am exhausted. I have no other means of protecting my family other than sharing the information that places my family at risk as long as it remains a secret. It is out now – perhaps now my husband and children are safe.

5. I share this information so that other victims may recognise their own abuse experiences and know that they are not crazy, not alone – that YES this did happen to them.

6. Most importantly – I speak out to give a voice to the 100+ children I witnessed raped, tortured and murdered throughout my nightmare childhood. I saw children bred in captivity beneath Holsworthy to be used as human guinea pigs in horrendous unethical medical experiments – all in the name of national security. THESE CHILDREN DID INDEED EXIST!!

7. I would like to thank my supporters, including SNAP and others – they know who they are.

8. And now, on a deeply personal note – I acknowledge that many victims have been abused in the name of religion. God is not reflected in churchianity, Hillsong, the Roman Catholic Church, or any of the other infiltrated organisation. I know that many victims reel when I mention God, which is why I have avoided it. But many people ask me, what is the source of my strength and hope. My strength, perseverance and survival are a testimony to the existence and authority of God and His only Son Jesus Christ. That is what I believe. That is all I have to offer besides my witness testimony. That is all I had to comfort me throughout my abuse.

Hang on for the ride!

Prostituted by the Australian government to RICHARD NIXON at RAAF Fairbairne military airport, Canberra. Operation Attest refused to investigate this incident. They promised to at least investigate and tell me whether or not there was a centrifuge at the base, used to train pilots in – to validate my memories. 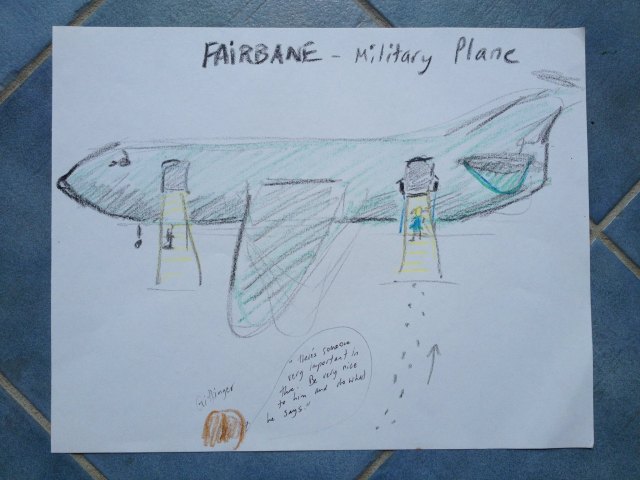 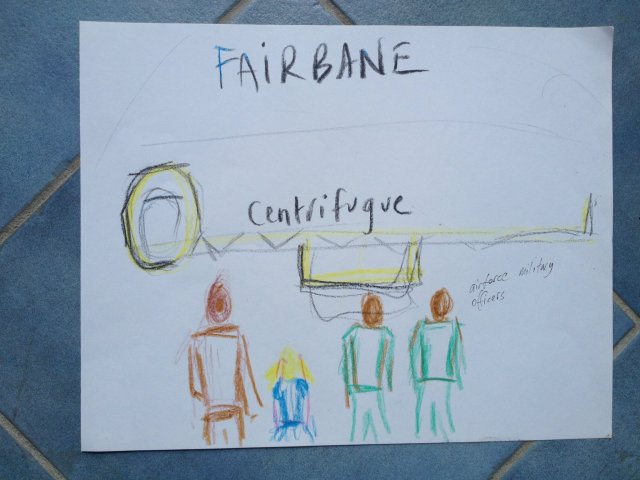 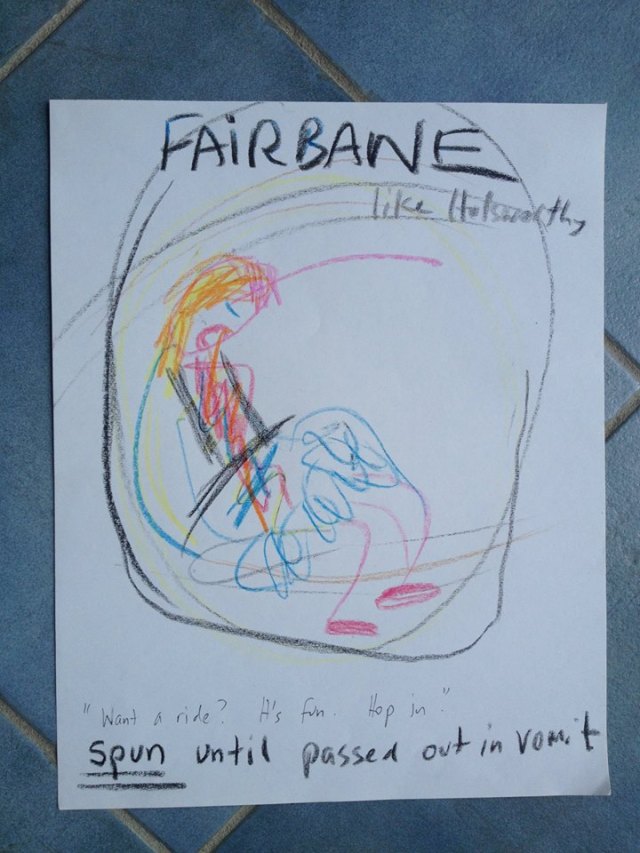 Being used as a guinea pig, subjected to child rape, electrocution & torture at Holsworthy Army Base & Lucas Heights nuclear reactor, for the JASON PROJECT by John GITTINGER and Dr Antony KIDMAN – with the full knowledge and approval of the Australian Government. 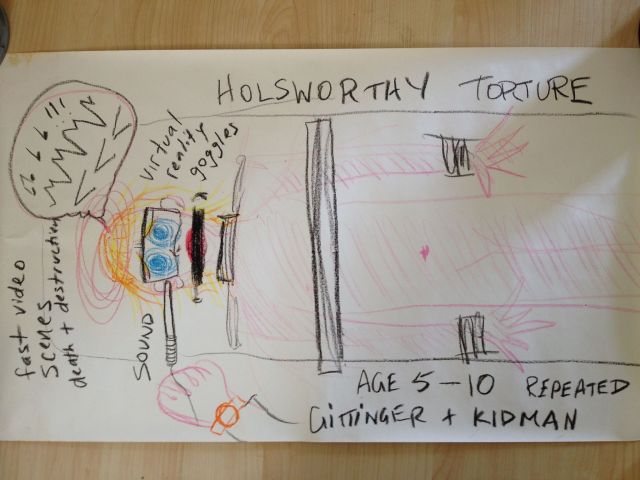 Hang on for the ride! Part 3

A former Holsworthy officer confirmed that an Asian man named named Chan was recruited in the army at Holsworthy. This man is thought to have been in the Army Reserves, but when I saw him he appeared to outrank all the Australian soldiers I witnessed under his command. Chan received the dead body of a girl named Michelle who was abducted by Engadine Boystown pedos, murdered beside the Weir on Heathcote Rd, and delivered to Chan through a side gate at Holsworthy.

Hang on for the ride! Part 4

Dr ANTONY KIDMAN was trained by Gittinger and others in the employment of torture, unethical hypnosis, and drugs to artificially induce a state of dissociation in children. He also was in a kiddie killing cult. His MK-Ultra programming was structured on a pentagram – the same emblem that featured in his inner Sydney City cult. 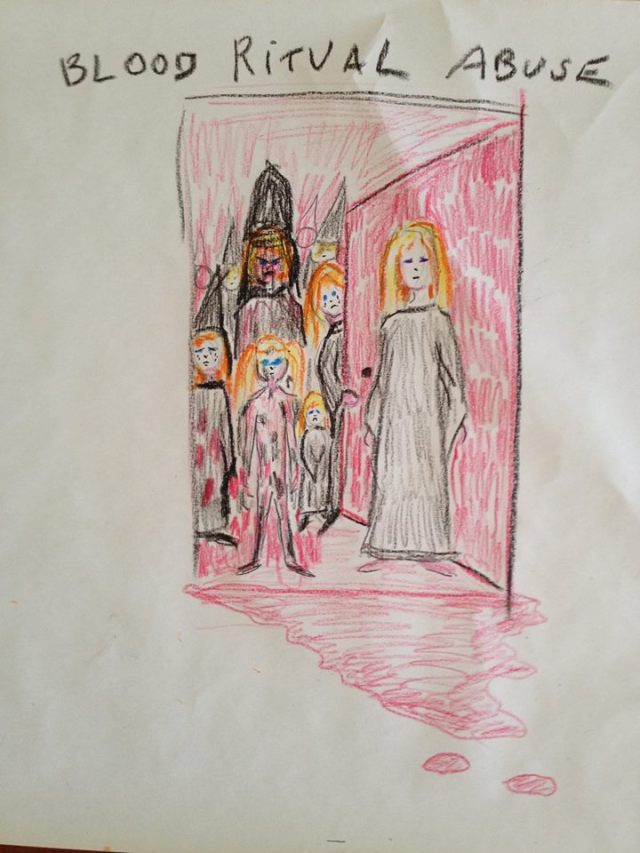 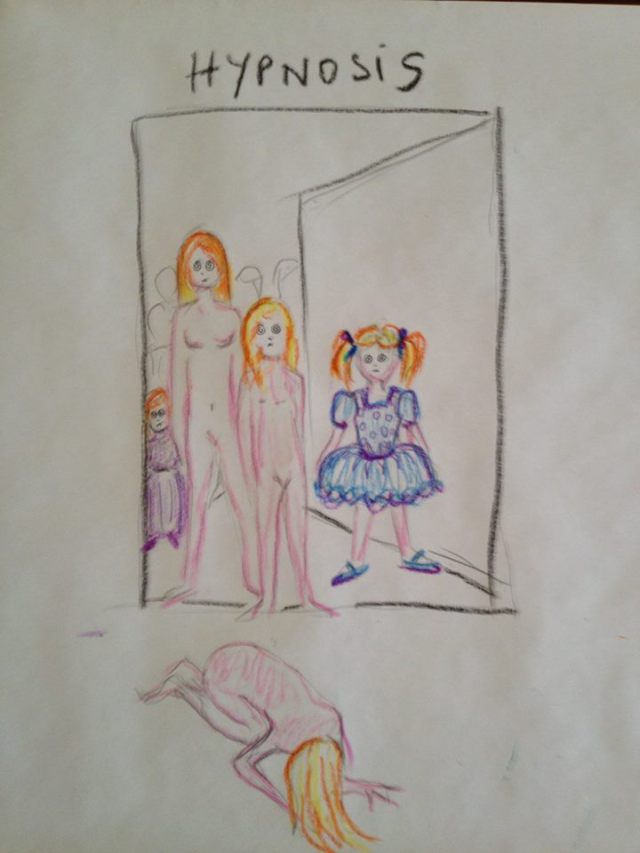 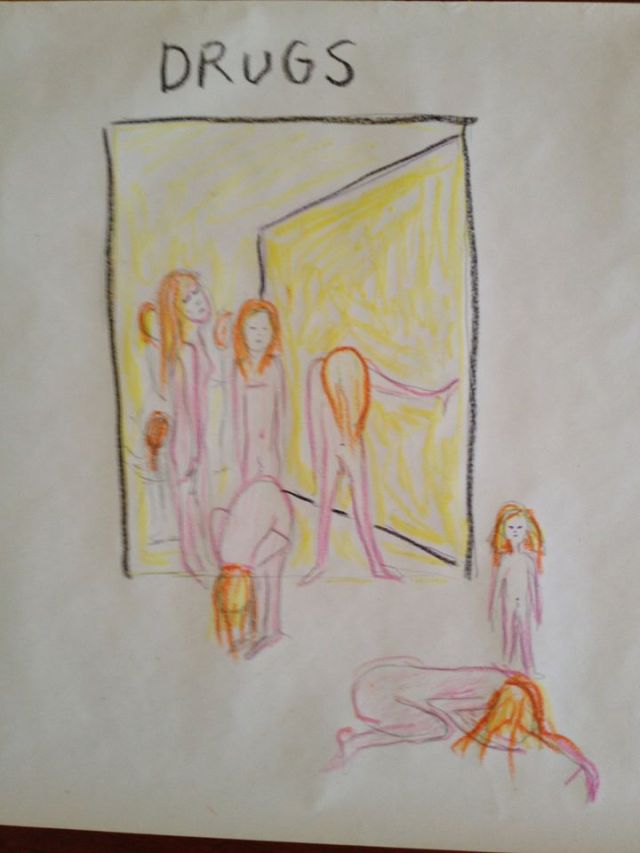 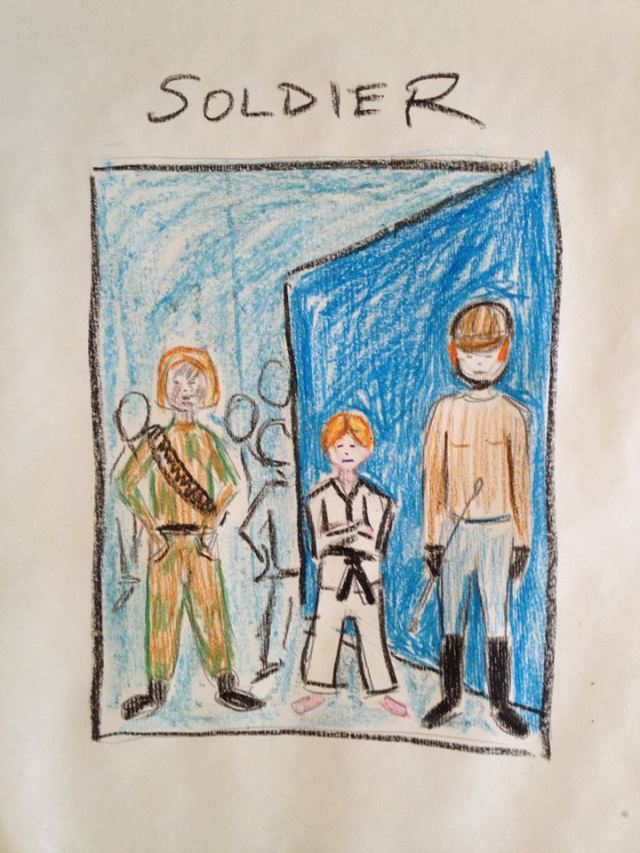 Hang on for the Ride! Part 5

Prime Minister GOUGH WHITLAM & his lover Governor General JOHN KERR raped me at a pedo party at Parliament House. Operation Attest refused to investigate this on the grounds they are dead – even though that federal police task force was established to investigate HISTORICAL child sex offences. 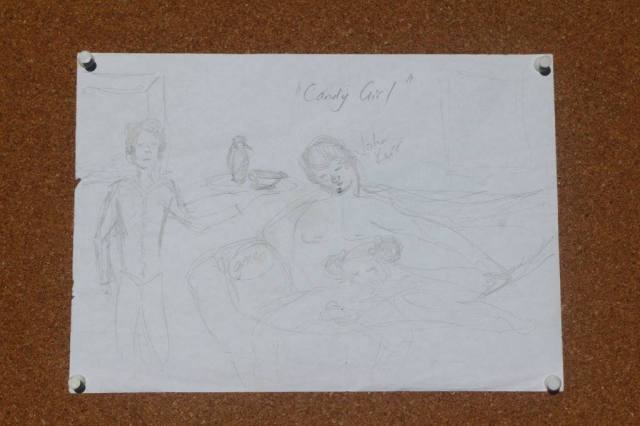 Hang on for the ride! Part 6

I was trafficked to the USA, to Bohemian Grove where I was drugged & raped by the Rev BILLY GRAHAM – Richard Nixon’s pal, in a pink bubble room. I was also made to dress up like a teddy bear and play hide, seek & rape. I also witnessed the ritual murder of a person by politicians dressed up in robes. I was taken via Sydney airport, in a crate like an animal. On the way home I was drugged, raped and beaten at an exclusive, after hours, pedo gathering at Disneyworld. Yes, Walt Disney was a pedo. Why do you think the Mickey Mousketeers go nuts and shave their heads? Why did pedo Whacko Jacko build a Neverland based on Disneyland? 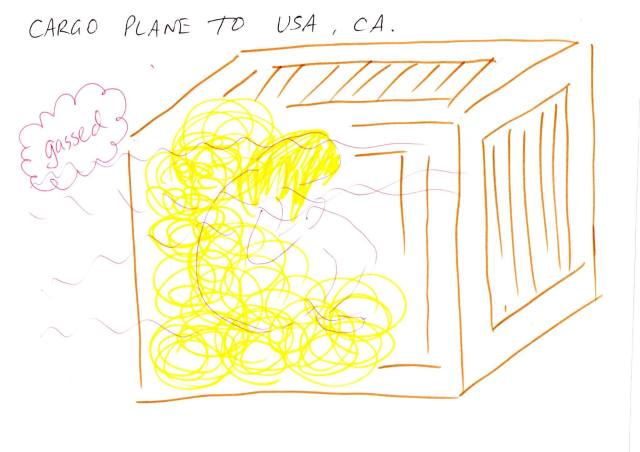 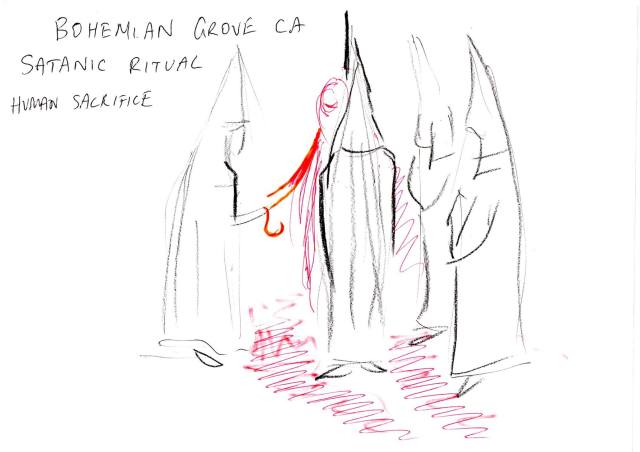 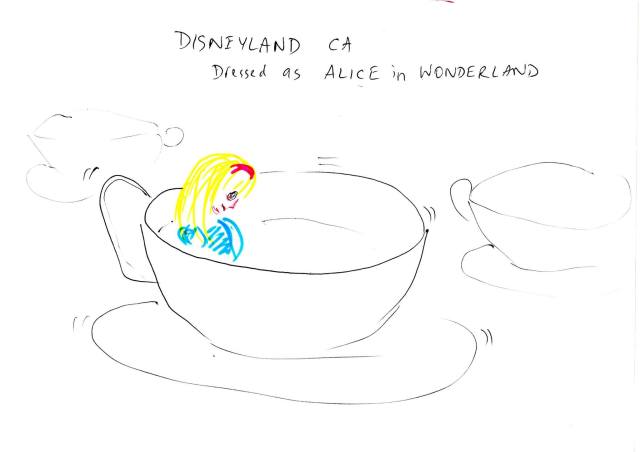 Hang on for the ride! Part 7

Yes, ritual abuse does exist in Australia. A kiddie killing cult underpins the Roman Catholic Church, Engadine BoysTown, Holsworthy Army Base, Lucas Heights nuclear reactor. Here are the only photos I can present as evidence. First we have Leonas Petrauskas (aka Dr Mark) performing an abortion on me beneath Engadine BoysTown. Next we have the statue of ‘DAGON’ located on the ground floor of the 6-7 story underground facility at Holsworthy, located far from the main entrance gate. Then we have Dagon statue in fish form, kneeling beside a murky pool, on the ground floor of Lucas Heights nuclear reactor. Lucas Heights, like Pine Gap, are CIA facilities where the Jason Project was conducted. Both facilities were built by the same group. 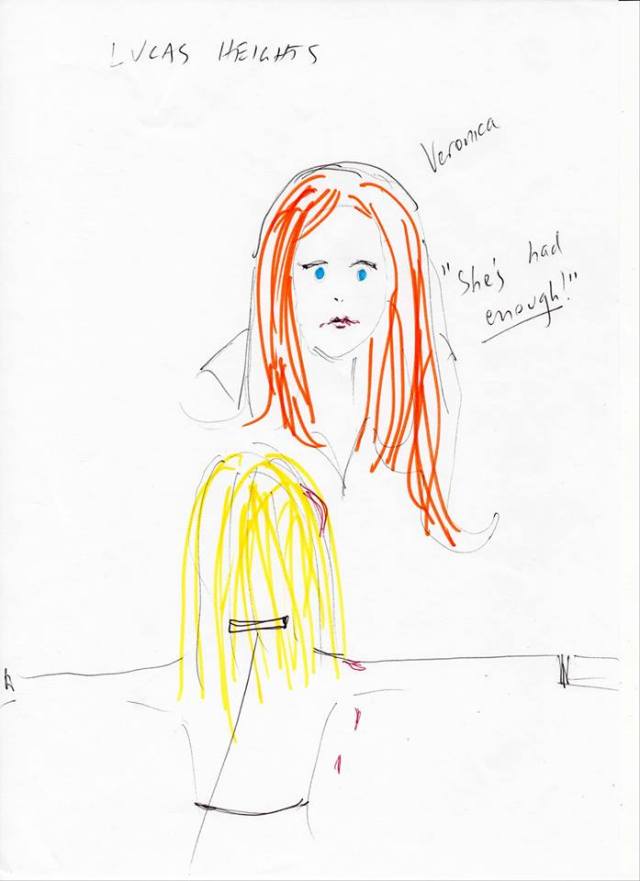 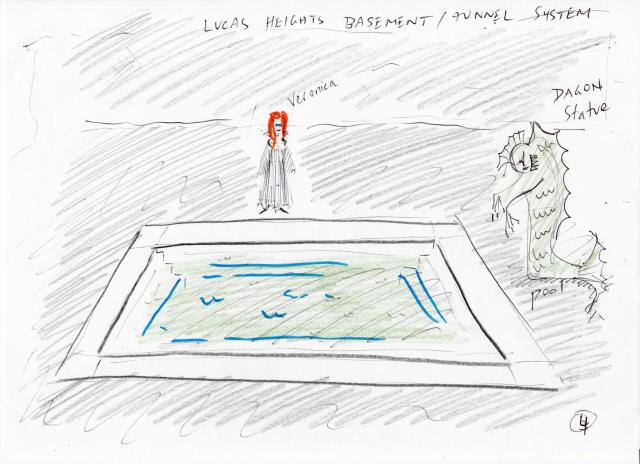 Hang on for the ride! Part 8

Here’s a couple of cult rituals to their god ‘Moloch’ – the same one they pretend to sacrifice humans to at Bohemian Grove. Apparently, according to their religious beliefs, Moloch is happy when people are burnt alive in his name. One took place at Caltex Oil Refinery at Kurnell. The other on a remote Kurnell Beach. 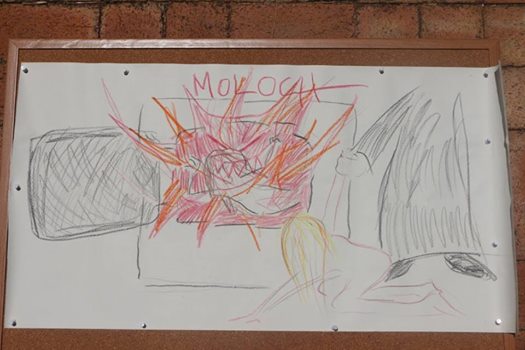 Hang on for the ride! Part 9

And here is the nicest person I met in the pedo organisation – Grande Dame Veronica. No idea if that was her true name, considering they changed peoples’ names so I couldn’t ID them easily later. Veronica was my surrogate mother, tutor, mentor within the pedo network, from age 5 until age 14 when she was ritually murdered on the altar at St Mary’s cathedral in Sydney City. The church was packed full of Sydney’s social elite. An organ played, a choir sang, police guarded the doors. Veronica chose to die young because she was sick of abusing children like me. She was a victim forced to turn perpetrator. She lived in private living quarters at Sancta Sophia College at Sydney University. 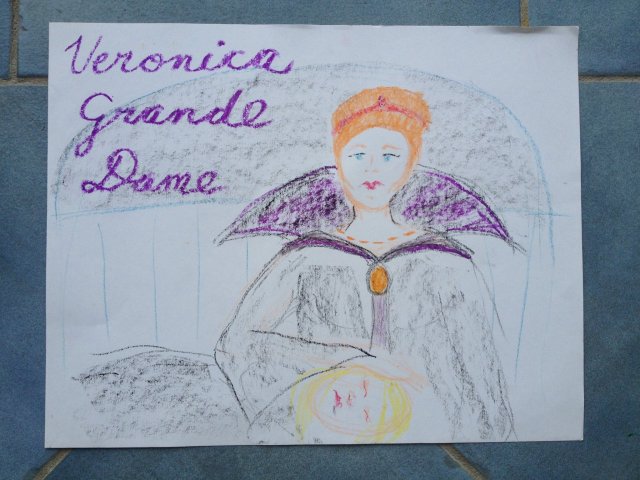 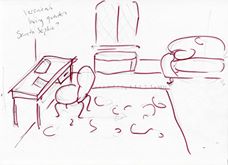 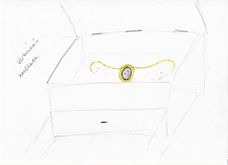 And here’s my favourite – the one that epitomises the Australian government’s attitude toward government-sanctioned child trafficking, rape and murder in this country. 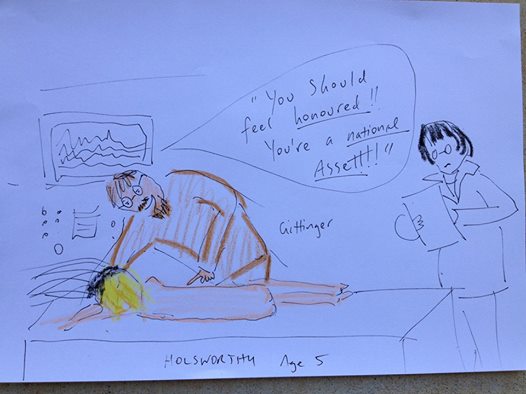 And now for something completely different! Some more Holsworthy secrets – an underground railway connects major sites in Australia, including Pine Gap, Lucas Heights/Holsworthy. Also, Gittinger used some kid of prop/virual reality program called Candyland, which had ‘Disney’ trademark written on it 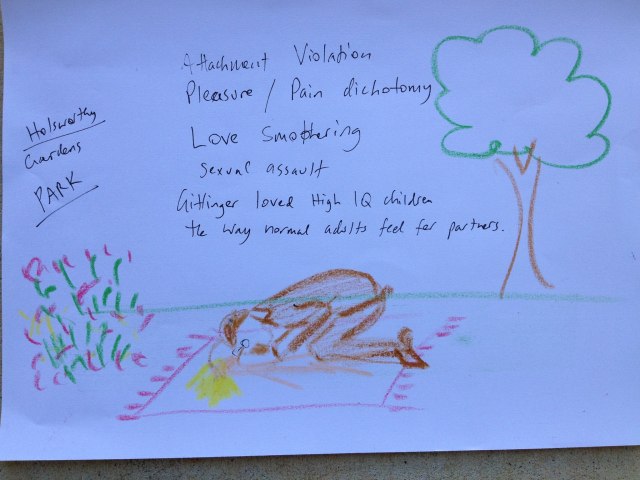 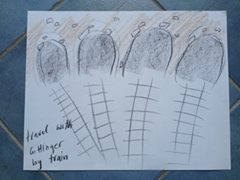 And now for the pista resistance! At age 5 I was raped by future Prime Minister BOB HAWKE in a zucchini patch, at a BBQ, in a suburban Canberra backyard.

Another Bob Hawke victim, the daughter of Hawke’s architect Kevin Borland, was assaulted by Hawke after a party at her family home when she was 14. Hawke entered her room at night, awoke her in her bed, and digitally penetrated her. She immediately told her entire family who recall the incident today.

When I was 8, Dr Leonas Petrauskas took me to a crime scene at a secluded Kurnell Beach. There he met with prime minister Paul Keating who had raped and murdered a 5 year old boy and shallowly buried him in the sand. Keating was into necrophilia. Petrasukas was called in by Keating to do a clean up job. Petrauskas ordered me to dig up the body. As I did this, I heard the men talking about Petrauskas fabricating the child’s cause of death as a blue ringed octopus sting.

Operation Attest lied in their response to my complaint, saying they would not investigate mt claims because the alleged perpetrators were all dead. Last I checked, Keating and Hawke were still alive.Hang on for the ride! Part 13

I was also raped by Shakespearean actor JOHN BELL, in the company of Dr Antony Kidman, on the eve of my 15th birthday, after a Nimrod Theatre post production party held at Kidman’s house that was attended by the Shakesperean play’s well-known cast. The following morning, Kidman tied me to a chair and beat me in front of his daughter NICOLE KIDMAN who stood there and smirked at me, with her arms crossed.

Other victims have identified Jacki Weaver to Dr Reina Michaelson, on whom the Australian Government placed a D Section gagging order, on the grounds that her disclosure of the government’s involvement in child trafficing etc would undermine the Australian public’s confidence in the Australian government.

This interview from Cancel the Cabal is also good [15]

Other links on Fiona Barnett

[4] Pedophiles Down Under Hang on for the Ride Abuse Drawings  http://pedophilesdownunder.com/hang-on-for-the-ride-abuse-drawings/